Francis Campbell is a couturier and costume maker. He has made couture pieces for Darcey Bussell, Katie Derham and Tracey Curtis Taylor and made for feature films such as Disney’s Cinderella, Exodus: Gods and Kings and Wonder Woman. He was also a member of the BBC’s Strictly Come Dancing wardrobe team for four years and then went on to design for Rip It Up and Remembering Fred.

Francis graduated with a first class BA (Hons) in Costume with performance design from the Arts University Bournemouth. He also received The Patterns of Fashion Award orchestrated by the Costumes Society. 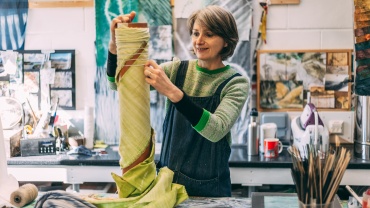 Kathryn Green is a freelance textile designer and lecturer. Her life and work experiences are diverse; each one contributing to her development and personal understanding, which she draws on for her textiles. Kathryn is currently exploring the traditional Japanese process of Shibori, which is a technique that uses methods of resistance within the… 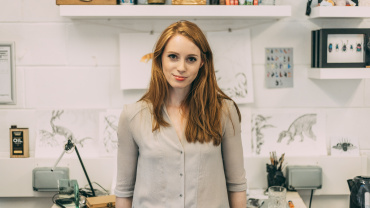 Hannah is a fine artist/illustrator. Her work draws inspiration from the natural world, while incorporating surreal and often fantastical elements.With an eye for composition and utilising a combination of paint and highly detailed pen and ink line-work, she creates elegant and beautiful images.Originally studying Fashion Illustration at… 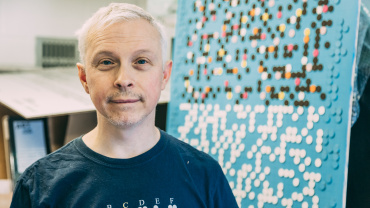 I’m registered severely sighted with a condition called retinas pigmentosa but I’m also a visual artist. I’ve done art all my life and I’m not going to stop because I’m losing my sight. I’ve used my creative practice in helping me deal with the condition.I…